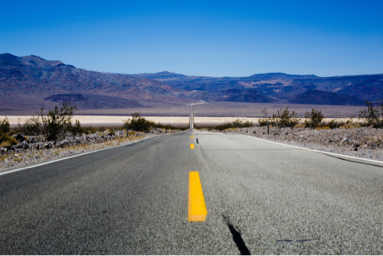 ​This article was written by Alex Novarese for Legal Business on 17th February 2020  <https://www.legalbusiness.co.uk/blogs/comment-the-2010s-marked-an-unsung-crisis-in-law-firm-leadership/>
Please note, this is not the opinion of Nicholas Scott or affiliates, and is merely designed to promote discussions and thought.

Astute readers will note that our cover feature on 2020 forecasts spends as much time casting its eye back on the 2010s as looking ahead. Assessments based on observable trends support conclusions that better stand the test of time, but such introspection has lent a jaded tone to the resulting piece. How could it not? The 2010s was a decade that began with bold claims and expectations for the legal industry, yet from the perspective of the elite UK firms, it consistently disappointed. And it is one aspect that perhaps explains much of the wider malaise: the increasingly stark problems with leadership and governance at large London-born law firms.

Back when I first started covering the legal industry, the authority of senior management at top London firms was absolute, or at least appeared so from the outside. Occasionally an imperious managing partner overreached, but in the main London firms, which had until recently been much smaller firms built with close social bonds, allowed small groups of individuals to push through rapid shifts in strategy in the 1990s and 2000s.

As such, it was received wisdom during the early 2000s that major law firms were partnerships only in name and were set to become increasingly corporate beasts run exclusively by senior management. Even if it was not true – and in retrospect it plainly was not – many senior lawyers believed it. The 2010s put an end to that as sprawling, globalised law firms became harder to run, c-suites lost their nerve and partnerships put their leaders on a tighter leash.

Looking back, one of the most significant moments during the decade for the City legal profession was the initial refusal by Linklaters’ partnership in 2012 to ratify Simon Davies as managing partner for his second term in protest at repeated restructurings. Given Linklaters’ reputation for pioneering aggressive central management in law, it could not have sent a clearer message to peers about how the wind was blowing and the message was taken to heart in years to come. Too often that meant a veto to block change to a relatively small group of older partners.

The ultimate result was that many firms put off major strategic decisions, often opting for watered-down measures, years too late. The firms that led the industry in so many ways since the 1980s were repeatedly behind the curve through the 2010s.

Such shortcomings have been manifest not only in issues like remuneration reform and international strategy, but the sluggish response to new business models, technology and paltry progress on diversity. So bad has it become that senior partners are sometimes reduced to plaintively pleading with general counsel to force their firms to push through reforms they themselves cannot marshal, like alcoholics pleading with the barman to cut them off. It turned out that in-house counsel had little interest in saving law firms from themselves or driving the industry to progressive change, but then they’ve got a day job.

That may be a shame, but it certainly is not leadership. An irony is that the industry saw a professionalisation of management through this period and improvements in operational running of firms. Yet this too often confuses the role of leadership in setting strategy and priorities, and management, which is much about co-ordinating, developing, monitoring and the necessary day-to-day. Leadership and management are not the same, however much they cross (and you should never trust a leader who can’t manage). Moreover, the current UK firm model of giving dozens of partners management jobs is not only questionable in terms of spiralling bureaucracy and snail’s pace decision-making, the numbers do not stack up economically given sky-high partner comp.

Certainly, there are tricky balances to strike in running a partnership if you want to keep engaged shareholders, though you would hardly know it from the lack of debate in the profession. In the final analysis, leading UK firms will be doomed to decline if they cannot find means of effectively responding to the market and setting out a clear strategic stall. And that means setting priorities. C-suites need to take back the power they have surrendered from partnerships. And then some.